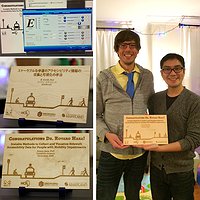 The Makeability Lab came together to collectively design and make a custom, laser-cut plaque for Kotaro in Japanese and English for a graduation gift. Congrats Dr. Hara! Special thanks to Majeed for vectorizing my designs, to Liang for designing and creating the custom 3D-printed plaque stand, and to Art Faculty Brandon Morse for letting us use his Epilog laser cutter. [read more] 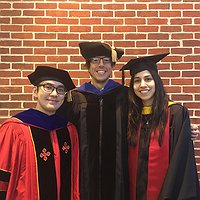 Congratulations to Dr. Kotaro Hara and Ladan Najafizadeh for graduating with their PhD and MS degrees respectively. It was a tremendous honor to hood Kotaro as my first student and a pleasure to watch Ladan walk across the commencement stage knowing how hard she worked for her MS thesis. Here's a video of Dr. Kotaro Hara being hooded (direct link): https://youtu.be/FoCuAtR6V-A?t=1h1m3s And Ladan walking across the stage receiving her MS degree: https://youtu.be/FoCuAtR6V-A?t=1h5m24s [read more] 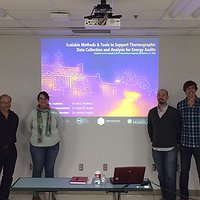 Congratulations to Matt Mauriello for Passing his PhD Proposal

Congratulations to Matt Mauriello for passing his PhD proposal on mixed-initiative methods to scale thermographic energy auditing in space and time. Matt has much to celebrate this semester with getting into the Clark Faculty Fellow program, receiving two CHI paper acceptances, and now becoming a PhD candidate. Congrats Matt! And thanks to Andrea Wiggins and David Jacobs for serving on his committee. [read more] 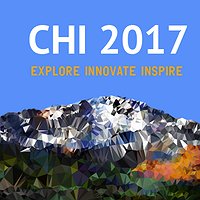 The Makeability Lab had five papers accepted to CHI2017! We'll see you in Denver in May! [read more]

Congratulations to Matt Mauriello who was just selected for the prestigious Clark School's Future Faculty Program--a program dedicated to helping promising young grad students develop their teaching and research skills in preparation for potential faculty careers. Congrats Matt, we are proud of you! [read more] 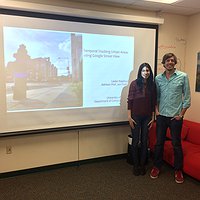 Congrats to Ladan Najafizadeh for passing her MS defense entitled "Temporal Tracking Urban Areas Using Google Street View." The abstract for her MS thesis is below.

Tracking the evolution of built environments is a challenging problem in computer vision due to the intrinsic complexity of urban scenes, as well as the dearth of temporal visual information from urban areas. Emerging technologies such as street view cars, provide massive amounts of high quality imagery data of urban environments at street-level (e.g., sidewalks, buildings, and aesthetics of streets). Such datasets are consistent with respect to space and time; hence, they could be a potential source for exploring the temporal changes transpiring in built environments. However, using street view images to detect temporal changes in urban scenes induces new challenges such as variation in illumination, camera pose, and appearance/disappearance of objects. In this thesis, we leverage Google Street View’s new feature, “time machine”, to track and label the temporal changes of built environments, specifically accessibility features (e.g., existence of curb-ramps, condition of sidewalks). The main contributions of this thesis are: (i) initial proof-of-concept automated method for tracking accessibility features through panorama images across time, (ii) a framework for processing and analyzing time series panoramas at scale, (iii) set of proposed new HCI labeling tools that leverage the time series properties, and (iv) a geo-temporal dataset including different types of accessibility features for the task of detection. 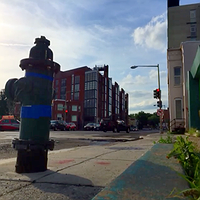 Congratulations to Ladan Najafizadeh for Passing her MS Thesis Defense! 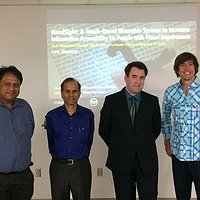 Congratulations to Lee Stearns for Passing His PhD Proposal Today

Congratulations to CS PhD student Lee Stearns for passing his PhD proposal today entitled "HandSight: A Touch-Based Wearable System to Increase Information Accessibility for People with Visual Impairments." This is exciting and important work that has recently received media attention from New Scientist, PC Magazine, and other venues. We look forward to seeing the proposed work come to fruition! [read more] 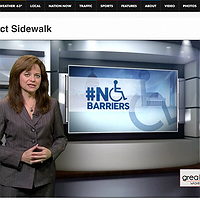 Project Sidewalk was covered by a DC TV station, WUSA9. Check out the video coverage and the news report now! This is exciting! [read more] 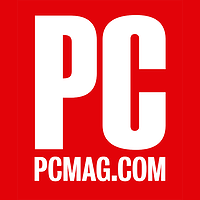 The HandSight project was recently featured in PC Magazine. The article described our work in using a finger-mounted camera to read printed text.

Quote:
A group of scientists at the University of Maryland have come up with a novel solution to the problem of allowing the visually impaired to read.

The team, led by assistant professor of computer science Jon Froehlich, developed a device that allows blind people to read text without the aid of braille, which isn't always available.